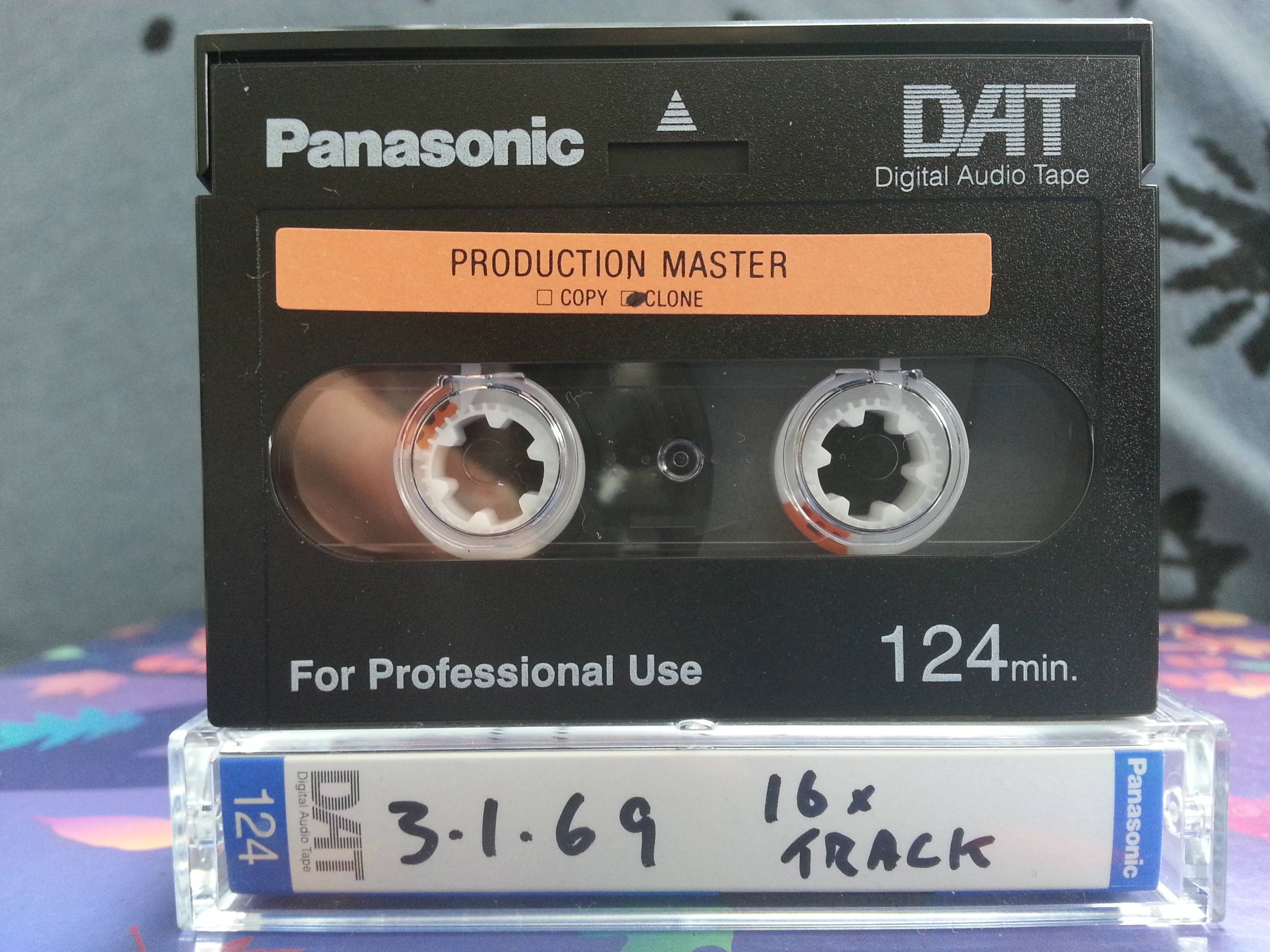 This is how it was laid out on the original DAT by Dan Healy:

This is a 100% Flat transfer from the DAT no signal processing what-so-ever. Some Pitch Correction Implemented

Only two songs from this show (Dupree's and Mountains) made it onto the Fillmore West box (the smaller one that didn't disappear in two seconds) which was a shame because the rest of the show is dynamite.

I definitely recall a transfer of Set II, at least, making the cassette rounds back in the 80s, notable (I thought) for being the most readily available "best representation" of what Constanten brought to the table.

Jerry's ego and talent is still dwarfing that of his bandmate's at this time, although they are definitely catching up (Phil especially). Where he goes, they follow ... lots of those trademark glittering, swirling explorations of the nether regions of the fretboard where the pick-ups are practically underneath his fingertips.

Weir blazes some very fine trails of his own in the first half of The Eleven ... they shortcut the "outro" jam pretty much completely, however, and head into the Lovelight.

For what it's worth, I prefer this rendering of Hey Jude to all the Dead's other efforts (which isn't saying much ...)